My wife Joyce and I have lived in Jackson County, Michigan all our lives.  We raised our two kids here.  We operated a very lucrative studio operation for nearly 35 years.  Joyce was involved in the business for the first several years.  My son, Christopher, did in-studio Prom portraits and darkroom work.  Chris is an Iraq War veteran, who was disabled during his service.

My  daughter Angie also worked at the studio, eventually becoming office manager–and she was a good one.  She also did the black and white images at my higher priced wedding coverages.    Angie works for a company in the Detroit, Michigan area.  My Grandson Rico is currently studying Video Production at the Specs Howard School of Broadcasting.  And my Granddaughter Gionna is currently studying to be a Princess!  By the way, do you know why EVERYONE cannot be a Princess?  It’s because SOMEBODY has to be there to applaud while Gionna goes by!

My first camera was a Canon FT with f/1.4 50mm lens. I have owned Minolta, Nikon, Fuji, Fujica, Kowa, Mamiya, Sigma, and Hasselblad cameras, but I always seem to return to Canon.

I started as a photographer in my parent’s living room doing portraits against a white movie screen.  At age 18, I photographed my first wedding.  After Joyce and I were married, I worked a day job and did portraits at night and weddings every weekend.  I foolishly entered into an ill advised partnership that nearly left me bankrupt, but I bounced back.

I tell you this not to brag, but to let you know that I know something about the subject of Photography4Profit. 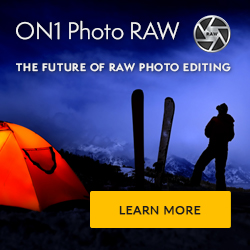